It was unusual to come back to school and started working on the PSAT Bootcamp. It was two weeks long, and we got to work with the two young professional tutors from the Princeton university—Amanda and Kim. I was so amazed by them because they taught us a multitude of strategies that we could implement into the real SAT test. I found out that reading was the most challenging part for me because it took too much time just to understand the meaning of the passage. Moreover, I will do the real SAT test in a few weeks; I’m so nervous and feared that I will not do a great job on the test, and I feel like the SAT test is a complex way of looking for university and scholarship. 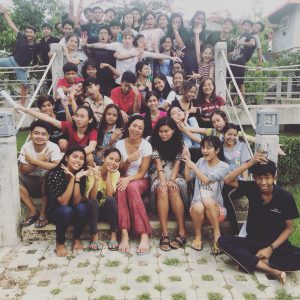 On Friday, October 20, 2017, I attended an event called the Cambodia Reader and Writer festival. It was a three whole days event, and we met a multitude of the young and old Cambodian authors. Moreover, Cambodian people were rarely reading books, and this festival was trying to increase the amount of reader in the country. It was an exciting experience for me to be a part of the festival because I met a lot of famous Cambodian author.

My game is frisbee golf. I not using basket I using the stick. This game they can play in team or single player. I have 9 sticks and they all far from each other than all player have to throw from the start until the frisbee get to the second stick and they count how many throw to get the second stick. Until the last stick they count all the throw and who get the least throw is the winner of the game. There are two style to throw the frisbee backhand and forehand.

Safety
Non-players are routinely found in the course environment. 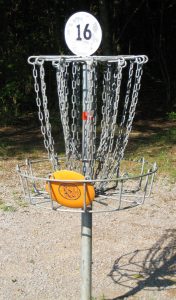 Ministry day is one of the history day for Liger. I in recruitment team first time I think I was scared when I share my knowledge to other people. About 2 round later I felt normal and I share more than I got. I proud of myself and all Liger students because we teach famous people and boss of school. Everybody do a great job because at home they prepare it nicely I always see them practice everywhere at night morning and free time. I think 25 minutes is not enough time for my group because of question if have one people ask other people ask to so we don’t have enough time to play our game with them. I little bit disappointed because the minister not come and I know his problem I know next time he will come to Liger again soon. Yesterday is my lesson because it help me to be brave when I do presentation. This time is complicate for me because most of the time I always do in English but this time I do in Khmer and make me confused some part. 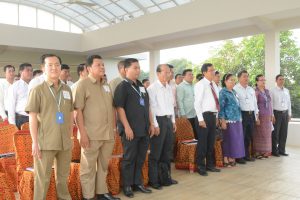